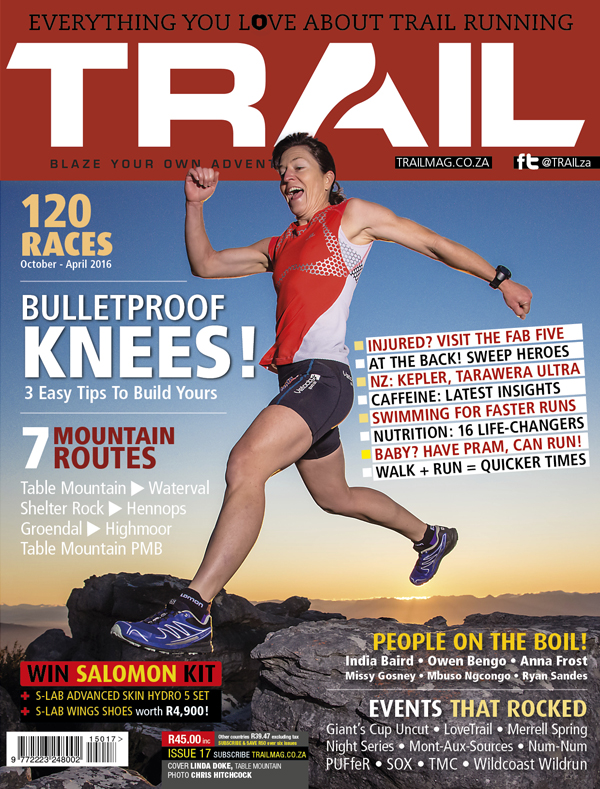 Your trail cravings will be both stoked and satisfied by TRAIL 17, so dive in.

As always, there is a strong dose of advice for both running and healthy living.

Achieve faster times by cross training in the swimming pool, taking walk breaks when you race, and getting your technique right.

Relive South Africa’s biggest races from the last few months, and get the scoop on recent international events.

TRAIL 17 and all other back issues are available here, as a single issue or a package deal.

What else is waiting inside issue 17? 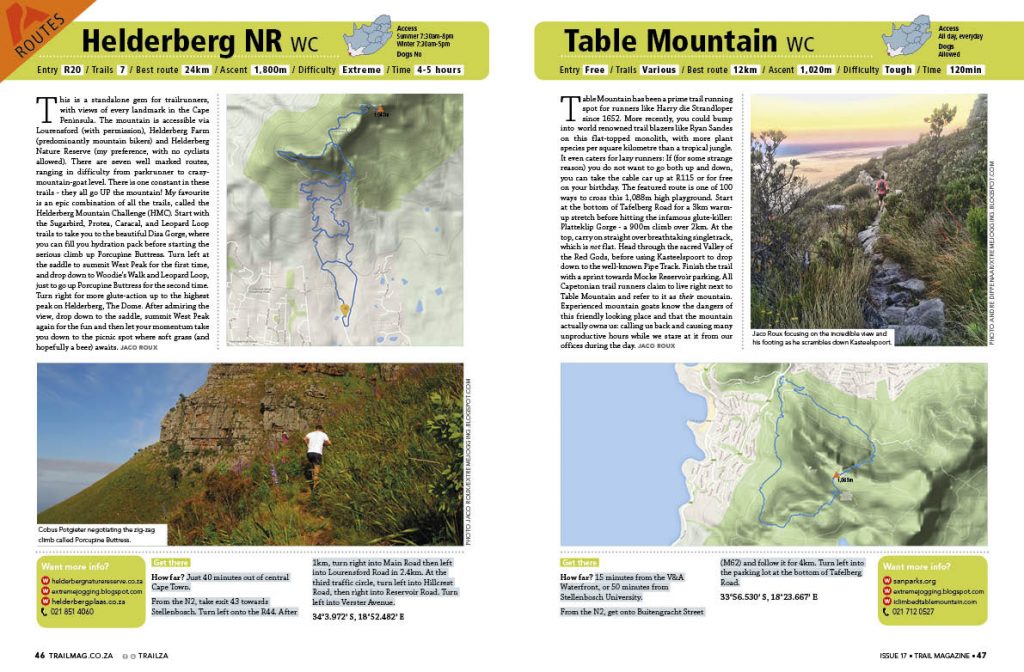 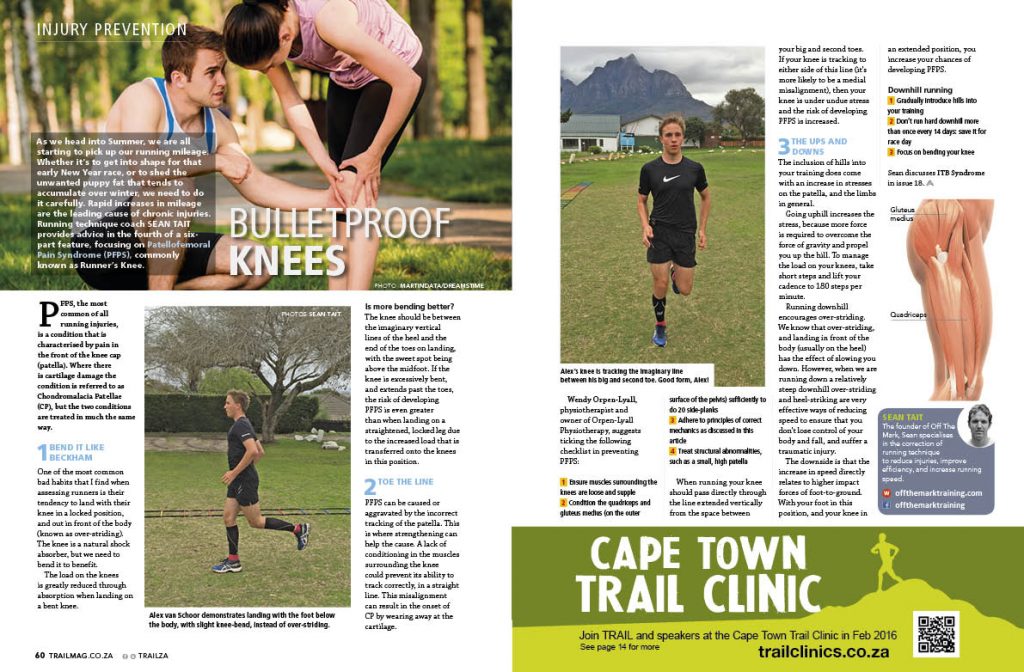 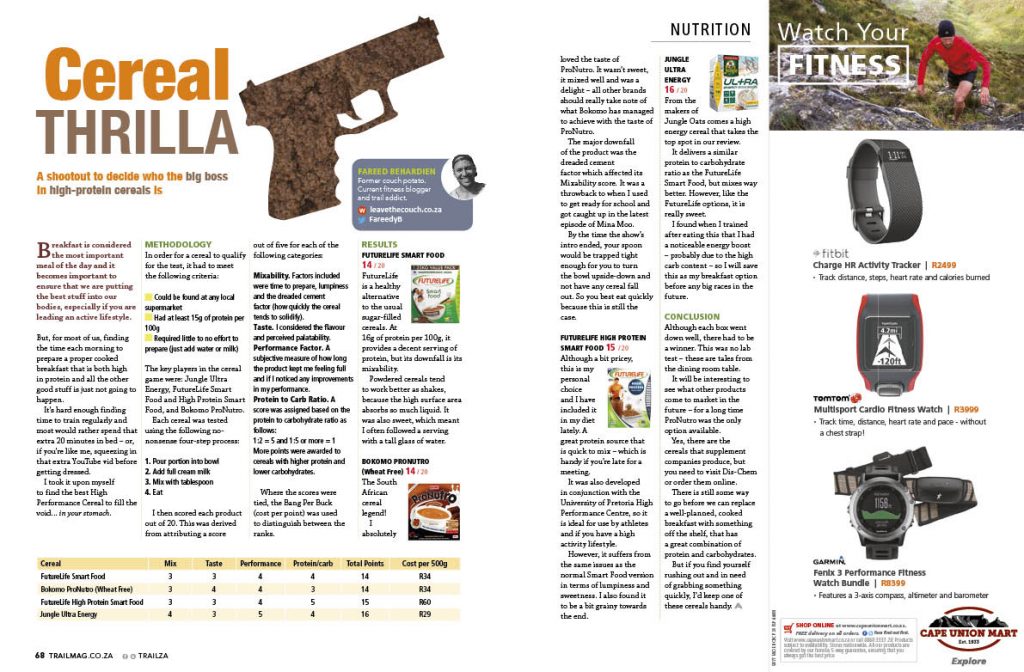 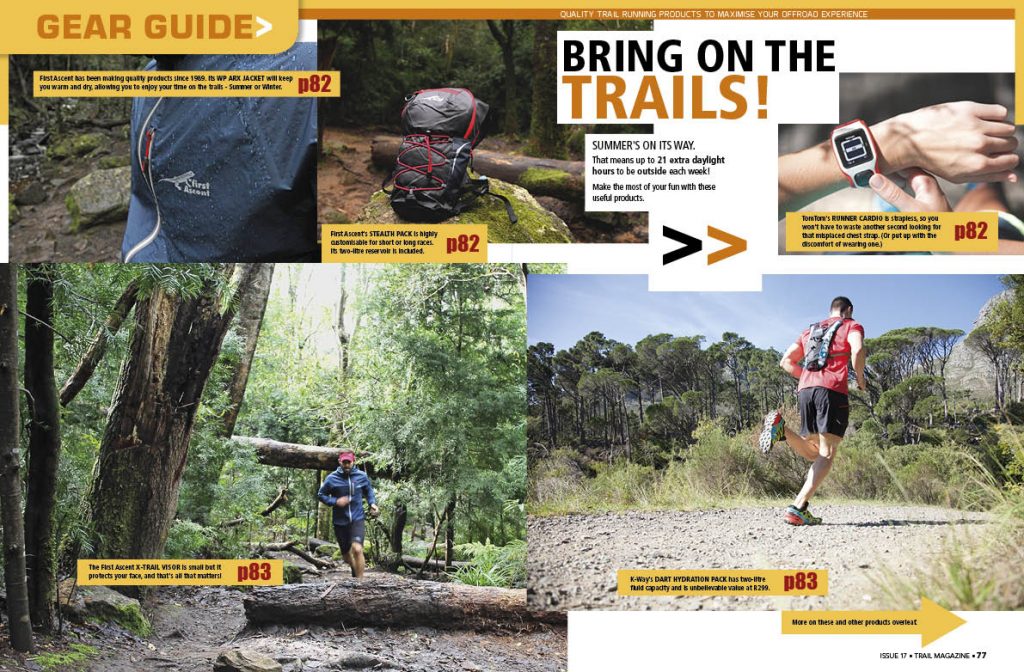 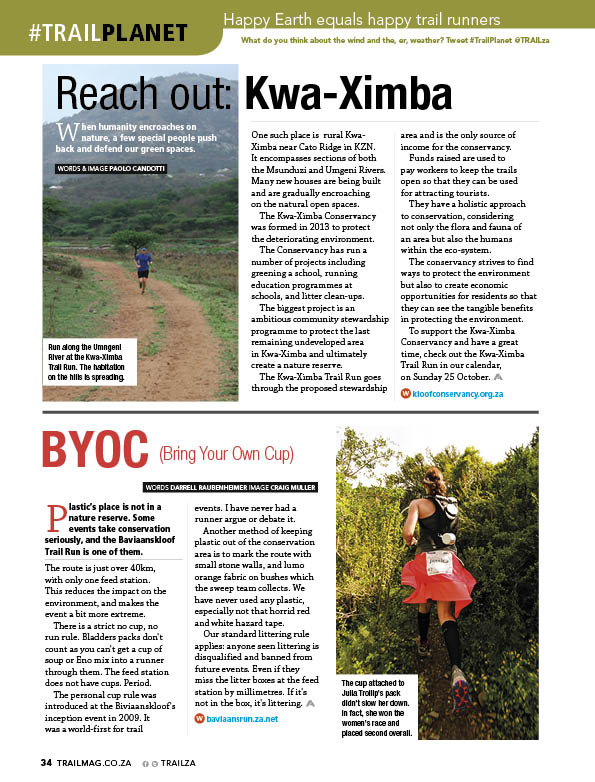 Since then the mag continues to enlighten its growing readership with the best places to run, the most suitable gear and the most popular trail running events from every angle; visiting the Himalayas, Sahara Desert, Amazon and many local trails, including the famed Otter African Trail Run, the Fish River Canyon Ultra, and the Salomon Skyrun. 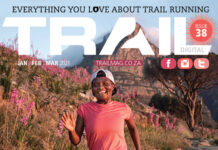 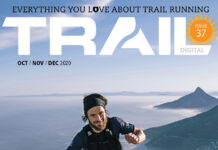 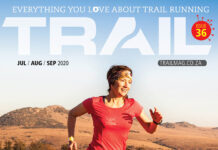 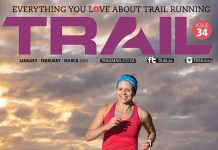 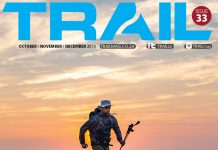