Regrettably, we are not offering trail camps in 2019.

But if you live in Cape Town or Gauteng, we hope that you’ll join us at one of our 2019 Trail Clinics in those cities.

Our Clinics are two-day experiences that don’t require you to commit your full weekend to improving your trail running. You go home after each day on Saturday and Sunday, unlike the Camps, where you are away from Friday to Sunday.

If you’re still sold on doing any camps we do in future, please add yourself to our mailing list.

Read about previous camps below.

Steven Erasmus grew up in Johannesburg but quickly moved down to the KZN North Coast after high school. This is where he found his passion for outdoor activities. Steven comes from a background of adventure racing and got into trail running after a friend asked him to race Mnweni Marathon with him. This was his first Drakensberg mountain experience and since then takes every opportunity to spend time in the mountains.

Tarryn Lopez has been running since a young age. She ran High School Track and Cross Country at a Provincial level and then went over to the USA to compete at a Collegiate level.

She moved back to SA in 2013 and fell in love with the trails and spends every chance she gets to go exploring in the mountains. She is a qualified Pilates instructor, personal trainer and has a degree in Exercise Science. With her love for trail running and background in sport specific strength training, she will be giving us some strength training tips and exercises to help make you a stronger, agile and injury-free trail runner.

13-15 April 2018 Camp: Thanks one and all for a great weekend! Especially for not being put off by the crazy Brit who wasn’t fazed by the forecast and still wanted to head for the hills even if hideous weather was forecast. Thank goodness it wasn’t. I really enjoyed everything you threw at me! I learned heaps and loved the runs (even if I looked broken at the time – that’s pretty standard for me). It was definitely a weekend that turned out to be more than the sum of its parts. Thanks to the TRAIL team for such an inspiring weekend. Lizzie Tier, St Francis Bay, EC

15-17 April 2016 camp. The Rhino summit was very special for me and the best part of the whole weekend was the 4km home from Pillar Cave where it seemed to all come together… I absolutely loved running that section! We learned heaps and so enjoyed engaging with the experts. Shanon MacKenzie, Eston, KZN

Great training and tips for your HMR2016 debut! August Camp is well timed for your training #trail #training #fun https://t.co/6OItwCvgcF

Who should do them?

These quality weekend getaways are aimed mainly at intermediate to advanced trail runners who can already eat 15km+ offroad runs for breakfast, but want to take their trail running – and health/awareness/impact on the world – to a new level.

Not there yet? We can cater for runners who still aspire to run 15km before breakfast, depending on group size. This will be done through a second group running a slower pace.

Frequent re-groups for tips and feedback are the order of the day.

You’ll gain new insights in everything from nutrition, to gear choices, to pacing, to mental techniques, to how to train for races.

Make 2017 the beginning of the best year of your life (yet).

Want to know what you’ll do?

Check out the August 2016 itinerary:

Itinerary (use as a guideline only) 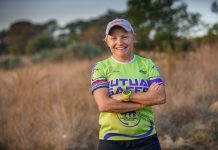 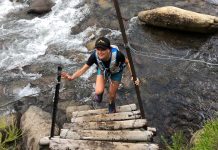 Surviving a flash flood in the Drakensberg

Is it possible to acquire unusually deep knowledge about yourself without suffering?

If the #GritX prize went to the best motivation to win, you'd be on the podium for sure! (You can add your feedback to the Facebook comments for a bonus point.) 😉 trailmag.co.za/win-p… twitter.com/RastaMys…

Have you read it yet? Our first digital-only issue is on Amazon, App Store, Google Play, Magzter, Zinio. #TRAIL36 has 188 pages of #trailrunning MAGIC for your reading pleasure! 😍 trailmag.co.za/trail… pic.twitter.com/oDXR…

Running reminds you that even in your weakest moments you are STRONG. . Epic long run this morning with the guys at my happy place @Holla_Trails 🌲. Nothing quite compares to this place and Durban winter you absolute beauty. 13 degrees for running is just superb. pic.twitter.com/IKKe…

Did you know? The new POLAR GRIT X is an uncompromising combination of rugged and durable design, top training features, and the ultimate training platform. It retails for R8,995... and YOU can WIN one! 🎉 trailmag.co.za/win-p… #GritX #competition pic.twitter.com/VhPl…

About us going digital…