Parlez-vous jargon? Our trail running glossary is ever expanding: email us to add new terms to the dictionary for our updated article in the near future.

‘A’ race noun
Your primary goal race for the season. Your ‘B race’ is important too, while your ‘C races’ are basically training with water points. “Time to taper for my A race!”

ascent noun
An uphill, can be used interchangeably with ‘vert’. Not to be confused with ‘accent’. “That ascent was so intense, and I didn’t even have my wizard sticks.” 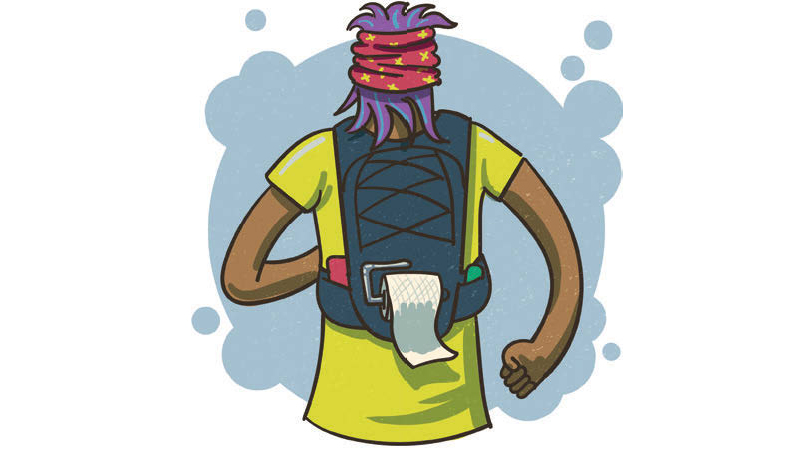 boskak noun
Afrikaans vulgar word for defecating in the wild. “Be right back, desperate boskak.”

buying land verb
Falling extremely hard. “I had such a hard fall at Klippies this weekend, I bought an entire plot of land, and have the torn pants and bloody palms as proof of said land ownership.” Ilze Wagener 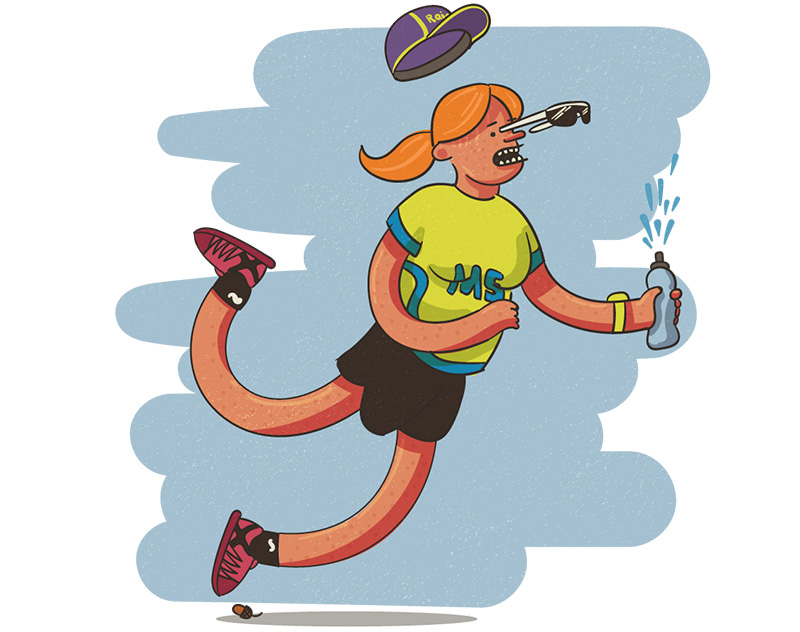 cadence noun
Steps per minute. The ideal (for seasoned runners) is considered to be 180 steps per minute. “My biokineticist says I have to increase my cadence or this knee will always be a problem.”

climb noun
An uphill. Can be used interchangeably with ‘ascent’. “That climb kicked my ass, and there’s another one coming.”

descent noun
Downhill, not to be confused with ‘decent’. The total descent for a run is not always equal to the ascent. “That descent was so gnarly, I had to slow to a shuffle and say a prayer.”

dirtbagger noun
A trail runner who lives in a van, traveling to trails and races. Can be a weekend-warrior arrangement, or several months-worth. “Meg Mackenzie was a dirtbagger in Europe for a year.” REI has more on the term.

drop noun
When referring to running shoes, the difference of height between the heel and the toe, measured in millimetres. “These zero-drop shoes are killing my calves.”

DNF verb
Did Not Finish a race after starting. “Bought a piece of Otter and had to DNF. There was blood everywhere.”

DNS noun
Did Not Start an event. “My car overheated on the way, so after all that prep and the early wake up, I got a DNS.”

FKT noun
Fastest known time on a set route. “Did you see Linda Doke got an FKT at 13 Peaks? Legend!”

IPOS noun
Injured Piece Of Sh*t. Term popularised by the (now retired) Ultra Running Memes Instagram account. “On the bike this week because I’m an IPOS.”

minimalist adjective
Shoes which don’t have much (or any) cushioning. “Those minimalist shoes trashed my calves but fixed the plantar fasciitis somehow.”

pace noun
Pace is the amount of time it takes you to cover a single kilometre (minutes per kay). This is different to speed, which measures the distance you are travelling per hour (kilometres per hour). “Need to get my pace up to beat my PB.”

PB noun
Personal best time for a set distance or event. “You got a new PB on your 5km!”

poling verb
The act of walking/running with trekking poles. The poles should propel the athlete forward and upward. “I was poling lots at Ultra-Trail Drakensberg!” Steven Lancaster

RPE noun
Rate of Perceived Exertion. How intense an activity feels. “I was going slow but the climb put my RPE in the red.”

send it verb
Push it, give it your all. When supporting and shouting to passing runners: “Send it, send it!” Jasco Jacobs

stoke noun
Trail stoke is that feeling where nothing in the world is dark and depressing, when you want to scream “Hooohaa! I love being alive and being here!” Yolandie Naude

traction noun
The ability of your shoe to grip the surface. “The rocks were wet, no traction, and I bought some land.

trail noun
Usage varies. For some, trails encompass all routes which are not on tar. For others, gravel roads and golf courses don’t count. “Gotta stick to the trails because tar is killing my knees.”

trail-faced verb
Breaking out in a face-splitting grin despite being broken in a thousand pieces. “It’s a tough route but you’ll get trail-faced for sure.” Terblanche Fourie

type two fun noun
You’re suffering, but afterwards you will have a sense that you enjoyed yourself. “Ja, we nearly died – definitely type two fun.”

vert noun
Vertical ascent, or the number of metres climbed over a set distance. There is a conspiracy that the earth is flat, and vert is not real. You are struggling not because the trail is steep, but because you are out of shape. “Vert’s not real, you’re just unfit.”

VK noun
Acronym for vertical kilometre, which is 1,000m of elevation gain. The VK event is usually 1,000m of ascent over five or six kilometres. “Meg Mackenzie won the VK this weekend.”

weekend warrior noun
Runner who only has time for training and trails on weekends. “With my 12-hour shifts, I’m a true weekend warrior.”

wizard sticks noun
Trekking poles, used to assist on long or steep trail routes. “Entered a 100 miler so it’s time to invest in a pair of wizard sticks.”

Our original glossary was first published in TRAIL issue 33.