Megan: “My mantra when I run and race is ‘happy, light and free.’”

You’re bound to be inspired, and also feel happy, light and free after you’ve read her story. And that’s just the start of your trail running journey in issue 12.

Subscribe to the print magazine and you’ll get a Salomon DVD while stocks last. Subscriptions are now handled by RNA Distribution. 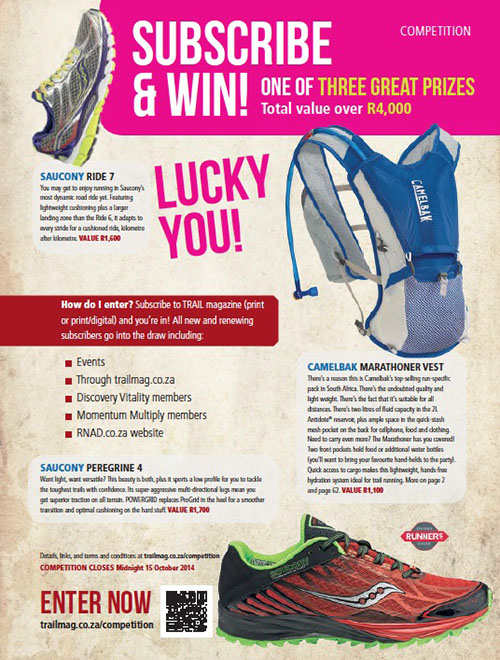 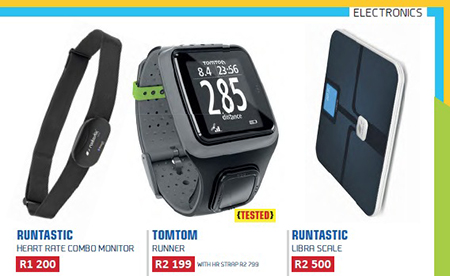 Team Eat.Run.See is a new column from Vancouver-based Saffas Bev and Richard Attfield.

Pacing Ryan Sandes – and then not. Ian Little fesses up after being dropped at Western States 100.

Barefoot D-Day: Kevin Light is a barefoot running philosopher with a wicked sense of humour. This issue he puts himself in the literal shoes of women with more cleavage than clothing. 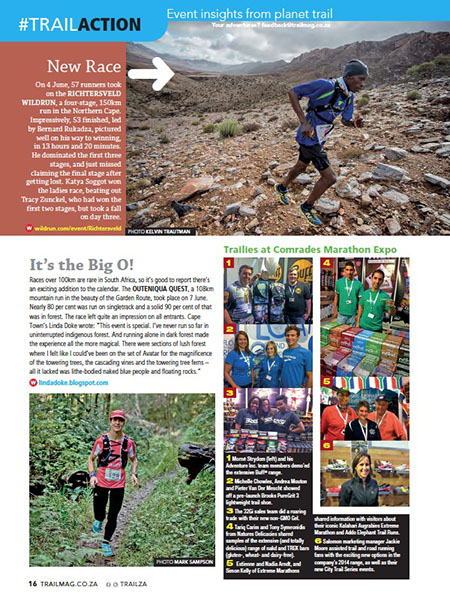