Type 1 diabetes is an autoimmune condition where the pancreas stops producing insulin, causing dependence on multiple daily insulin injections. When you’re walking a tightrope of extreme high and low blood sugars on a daily basis, exercise can be complicated.

Three runners share their stories of managing this chronic disease on the trails.

Anne-Marie Warner (48) was diagnosed with type 1 diabetes at age 11. She was a promising athlete and on many of her school’s top sports teams, but her doctor advised that she withdraw from all her activities, believing sport too risky.

Exercising after injecting insulin could have caused her blood sugar to drop to dangerously low levels, as type 1 diabetics have to carefully balance doses with the amount of food they eat.

Even with careful management, high or low blood sugars occur often. When you add the glucose-depleting effect of exercise into the mix, keeping blood sugar stable can become even more demanding. Anne-Marie recalls, “To hear that I couldn’t run anymore was soul destroying.”

Nicole du Plooy (26) was told by her doctor that she would have to stop participating in the 160km endurance horse riding events she excelled in.

In her final year of studies she started experiencing symptoms of rapid weight-loss, exhaustion, and unquenchable thirst that characterise the condition. Still, the diagnosis was completely unexpected.

For Nic McConnachie (36), being diagnosed in his early thirties also came as a shock.

“I had no idea what diabetes was, let alone how to deal with it.”

There is a common belief that this disease is only diagnosed during childhood, but up to a quarter of type 1 diabetics are diagnosed as adults. It is often confused with type 2 diabetes, which is caused by lifestyle factors, such as an unbalanced diet or inactivity, and generally managed through oral medications.

Medical professionals have since learned that with careful management, exercise is not only possible, but actually helps keep blood sugar levels in a healthy range.

Still, running with this condition brings unique challenges. During exercise your muscles use glucose for fuel, coupled with the rapid drops in blood sugar that daily insulin injections can cause, means type 1 diabetics risk life-threatening low blood sugar. If not immediately treated, this can lead to seizures and loss of consciousness.

Similarly, very high blood sugar – influenced not only by food but also stress, lack of sleep, or even pre-race adrenaline jitters – can lead to nausea and fatigue as well as long-term complications.

With a supportive doctor and lots of preparation, Nicole was not only able to do endurance horse racing again, but recently finished her first 10km trail run.

“Trail running reminds me of what my body is still capable of doing, even if it can no longer produce insulin.”

Nic enjoys the challenge of longer races, completing the 65km of the Ultra-trail Cape Town in 2018.

“To this day, it still gives me goose bumps when I think about it. It was a beautiful journey, but the toughest thing I’ve ever done!”

Years after first being diagnosed with type 1 diabetes, Anne-Marie now immerses herself in activity.

“I feel so free and alive when I run. Nearly 40 years later I am no longer fast, but I enjoy every second of being outside.”

With a bit of extra work, some patience and lots of snacks, type 1 diabetes doesn’t have to stop you from pursuing the joy and adventure that trail running brings! 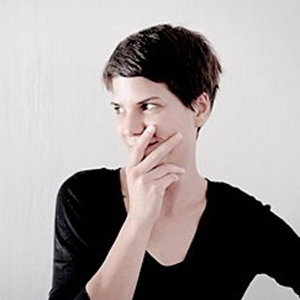 This article was first published in TRAIL 32.