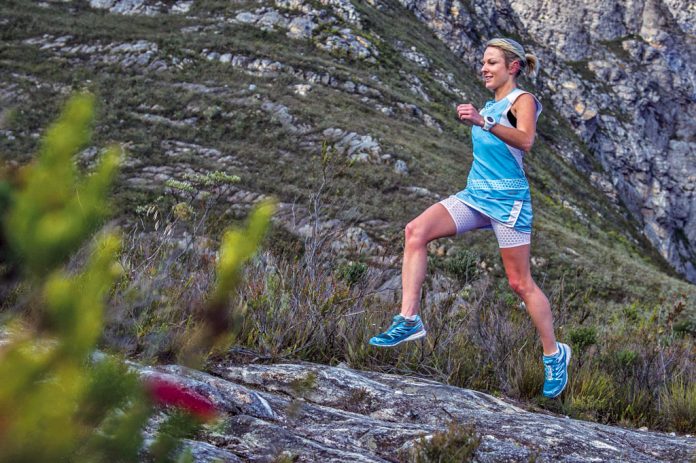 Even as superheroes go, this year has been a particularly satisfying one for her.
Rewind to May. Nearly every year, the 38km Mnweni Marathon in KwaZulu-Natal’s Drakensberg mountains begins with a still mid-winter morning: views of picture-perfect scenery and a warm sun beaming from behind the feet of the majestic peaks.
But then it can go either way. It can stay warm and sunny, or it can become a white-out as runners ascend into heartless cold fronts, icy winds, and sleet on top of the peaks. Last year it snowed heavily and several runners got into what could have been serious trouble.
Happily, this year’s Mnweni Marathon was in the former group. Megan Mackenzie had been preparing for this moment. She may have felt ready, but not even one of the best trail runners in South Africa could anticipate what might happen on the winding, rocky descent of Rockeries Pass that is the decider at Mnweni.
Megan had one goal in mind: to break the existing five hour women’s record. But fate does what it pleases and shows no respect to mankind, with or without goals.
All was going well until she took a spectacular tumble at the 20km mark as she bounded down fearsome Rockeries Pass. This is a dangerously steep, stomach-churning technical descent, scattered with loose rock. “I fell so quickly I didn’t even have time to put my hands out! Su Don-Wauchope was incredibly kind, stopping to help me and giving me sweets to get me going again. After she checked all my teeth were still there, I tentatively carried on, but lost a lot of time.”

Get TRAIL 12 for the full interview.