You may be surprised to hear you don’t have to be superhuman to finish 100 miles. It is doable for most runners, provided you have a long build-up.

The Loneliness Of The Long-Distance Runner was a catchy title for the 1962 film. It told the story of a rebellious youth who gained recognition for his running ability. The film opens with him running alone, along a bleak country road. In a brief voice-over, he tells us that in the end, the runner is always alone and cut off from spectators, left to deal with life on his own.

The film byline was: You can play by the rules… or you can play it by ear… what counts is you play it right by you.

We are all rebels, trying to follow our own path and be our own authentic selves, and this resonates with runners. But for most of us there is generally little of the loneliness to be experienced… unless of course you step up to 100 miles.There is a simplicity about using round numbers that appeals to our sense of orderliness. Despite our metric system, races are advertised as 100 milers. For the record, that’s 160.934km, or to put it more plainly; that’s like running Comrades Marathon almost twice, but without water tables every 2km, and without thousands of supporters cheering you on.

For years, 100 milers have been for the crazies on the fringes of trail running, those scrawny pony-tail runners who think losing toenails, popping blisters, and going without sleep in extreme weather is fun. But there has been a resurgence of interest in 100 milers.

Before answering this, let’s consider a typical profile of a successful 100 miler. Speed is the enemy in extreme ultras, so no speed is needed and is not a requirement.

Looking at this list, we see that successfully running a 100 miler is within the reach of many trail runners, provided they have the right mental attitude.

Perhaps you are such a person?

For guidance on what gear you need to pack for 100 miles, read the full article in TRAIL 24 when you buy it as a back issue.

Time on your legs

The first principle of training for an extreme ultra is, well, that you can’t.

At least not in the sense that you will ever do a 100 mile long training run. It would simply break you down. However, some big mileage is needed. The challenge lies in balancing the needs for time on the legs with recovery.

On programmes for those training for races up to 100km, my runners would typically do two blocks of high mileage, each lasting several weeks with a rest week between the blocks.

But my 100 milers will use microblocks, alternating a high mileage week with a recovery week in a two-week cycle. This enables the runner to hit big weekend runs every two weeks, and yet recover.

Speed is the enemy when training for a 100 miler, and all long runs are a mix of slow running and power walking to get as much time on the legs as possible, and to replicate race conditions.

For this reason, I don’t give my runners a set distance on the weekend long runs, but instead a time target of four, six, or eight hours. The actual distance covered is not important and will depend on the runner, terrain, and weather conditions. Strong runners can expect to hit around 70km on the biggest eight hour run, and around 50km on the six hour run.

In training for Addo Elephant 100 miler, I had Rosie Carey do several runs to replicate the expected Addo conditions. On one back-to-back weekend, she started at 3am on Saturday and did 70km. Then on Sunday she did 50km late in the day, running in 38-degree heat.

This paid off with a second place in Rosie’s first 100 miler.

(It is also important to train with a pack that weighs similar to what you will carry in the race. Sore shoulders became a problem for Rosie.)

A typical build-up would be to gradually increase the time spent on your legs on a single run, until you can do four hours running and walking comfortably. Once this has been achieved, it is time to start adding the back-to-back runs.

The keystone is the back-to-back weekend session, and these are the sessions that will get you safely through a 100 miler.

A typical training programme for the key six weeks would be to repeat the below two-week cycle three times, finishing it four weeks before the race.

For advice on how to build the strength you need to complete 100 miles, read the full article in TRAIL 24 when you buy it as a print back issue or digitally. 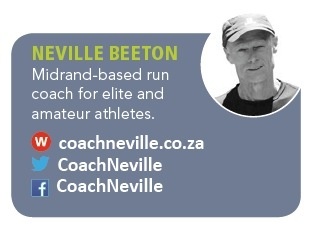 100 miles will exhaust you physically and take you to dark places in your mind, but you will emerge with a new confidence in yourself and a greater appreciation for this wonderful thing called life. 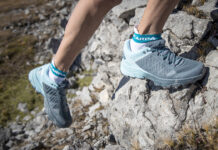 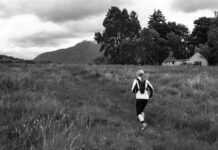