It has been a roller coaster since the beginning of 2020, but that hasn’t stopped South African trail runners from getting into the outdoors – and filming their trail runs.

You can join the fun. Submit your film in the Documentary, Event, and Shorts category for 2021’s Trail Film Awards. View the 2018 and 2019 submissions for inspiration.

Enter and you could win one of two Saucony Haul Lite Hydration Packs valued at R2,599.

Backyard Runners During the COVID19 Pandemic (2:02) by Roughing It With Ruth

Dawn Nunes and Michelle Lipke take their time at the Viking Run in Shongweni, dressing up properly and playing the part.

Three friends (and a dog) enjoy banter and Stellenbosch trails on a chilly morning, with an upbeat soundtrack.

Exploring the trails of George (2:43) by Driaan de Clercq

Visual exploration of forests and mountains, with sweeping landscapes and beautiful details.

Slideshow of 13 Peaks Challenge scenes, interspersed with clips of the achievement, set to dramatic music.

Short film with running footage and an jazzy soundtrack, showing the fun which can be had at trail events in the time of the pandemic.

Laura speaks to camera from the trail, explaining the features of the sock, with some running footage. Not a paid sponsorship.

A documentary of Dawn’s four-month running around South Africa while fundraising for the Inanda Trail Running Club.

Gary gives a rundown of his favourite Cederberg trails, with friendly voiceover and upbeat soundtrack.

Enter and you could win one of two Saucony Haul Lite Hydration Packs valued at R2,599. 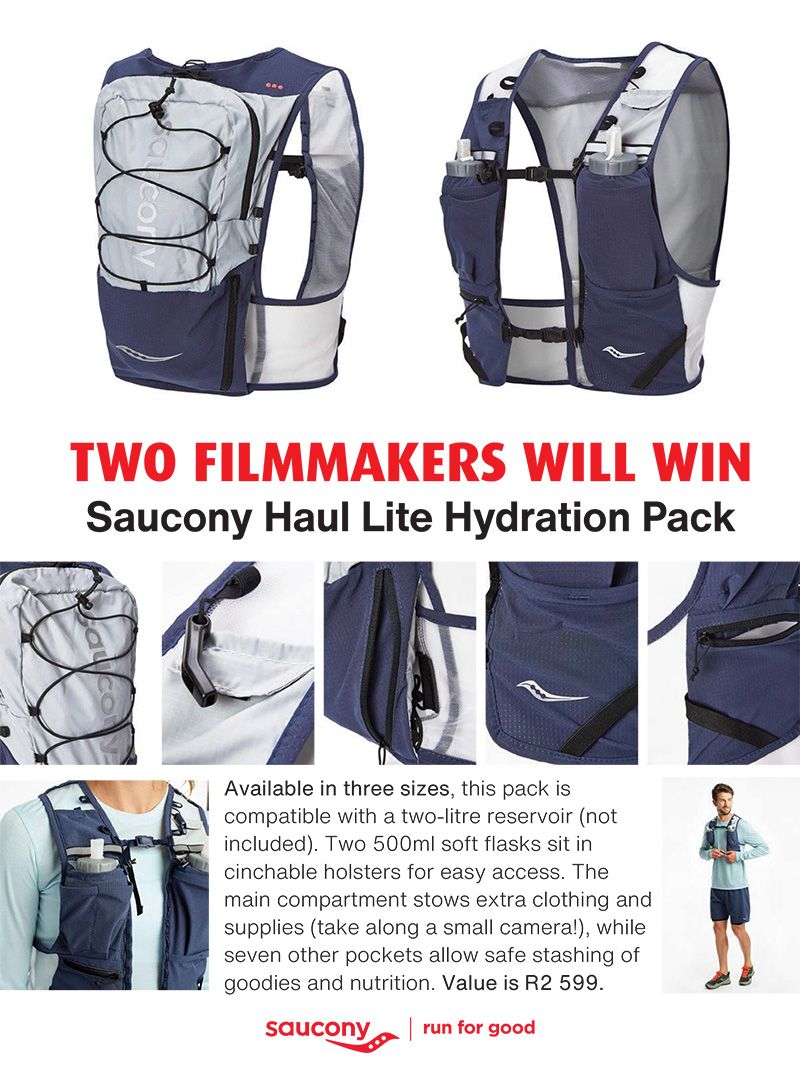 The 2020/2021 Trail Film Awards will showcase trail running films produced by anyone, anywhere. However, only non-professional South African citizens resident in SA are eligible for the sponsor prizes.

Winners from the 2019 Trail Film Awards

Shorts winner Finding Peace on the Trail (2:10) by Dawn Nunes