The new kid on the block

In May 2018, Ryan Sandes, the king of South African ultra-distance trail running, tweeted: “Adventure and the search of the unknown is my obsession. What is your obsession?”

Adventure & the search of the unknown is my obsession ⛰🏃🏽‍♂️
What is your obsession?#OneObsession @oakley pic.twitter.com/9lxZ1in0g1

As most trail runners know, finding adventure in places that are beautiful and safe to run in urban areas can be a challenge. For this reason, the introduction in 2017 of offroad running trails at the popular Buffelsdrift MTB Park located 15km to the north of Pretoria in the Buffelsdrift Conservancy, was met with enthusiasm by runners and walkers alike. 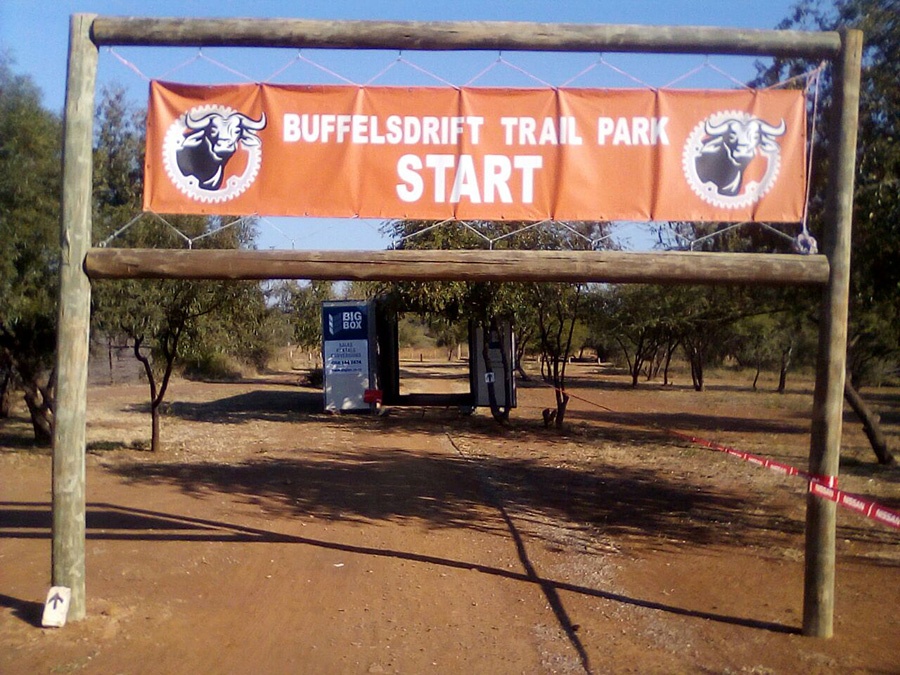 Buffelsdrift Trail Park has 100km of riding trails, and has established itself as one of the leading mountain bike venues in Gauteng since its establishment in 2014 by Henry and Thwanette Scott and their business partner Francois Theron. While Henry and Francois use their expert knowledge to build and maintain the riding trails, Thwanette’s touch is clearly visible in the management of the Sefudi coffee shop which is housed in a log cabin overlooking a beautiful pond. From the stoep (porch), you can watch the southern red bishops, thick-billed and lesser masked weavers building their nests while enjoying a light meal and sipping a coffee or beer.

With the announcement in January 2018 of the Nissan Trailseeker Trail Run Series to complement the already well-established Nissan Trail Seeker Mountain Bike Series, Buffelsdrift was announced as the host for the first of four events. On 6 May, 600 runners braved the cold morning air to experience the beauty of the Buffelsdrift Conservancy. In addition to something to quench the thirst, a feast of pancakes, slices of oranges, pumpkin fritters, sweets, and a whole lot more waited at the water points. The prize money tempted the strong runners and a hot shower awaited tired bodies. Child minding facilities were available. After the huge success of the first event in the Nissan Trail Seeker Trail Run Series, runners can expect nothing less at the next events.

Buffelsdrift offers five trail running distances: 5km, 7.5km, 10km, 15km, and 21km. They are affectionately named the Fast Five, Supa 7, Time Trail 10, Fit 15, and Tough 21 respectively. All are clearly marked. The trails showcase the natural beauty of the bushveld and its wildlife. Impala, zebra and kudu are frequently spotted with a warthog every now and again surprising the unexpected runner. There is a lot for keen birders to keep them occupied. Violet-eared-waxbills, crimson-breasted shrikes, woodland kingfishers, and a breeding pair of fish eagles are often spotted by the observant runner.

The running trails are a mix of singletrack and farm roads meandering through and between sheep, crocodile, and orange farms. Friendly horses on various farms are not shy to approach runners and receive a nose rub. Tired feet can be revived in the jacuzzi built into the canal that runs from north to south through the Conservancy all the way from Roodeplaat Dam.

The trails are designed to challenge professional trail runners especially the 21km but casual runners and walkers will find the shorter distances delightful and easy enough.

It’s dog-friendly! If you miss your canine company just too much while exploring offroad, you are welcome to bring your friend along on a leash.

Annual membership entitles members to 24-hour access to the trails. How cool is that?!

Like Ryan Sandes, who is always looking for the next adventure, many a trail runner has found adventure and experienced the wonders of nature at Buffelsdrift, leaving its beautiful trails refreshed and happy. 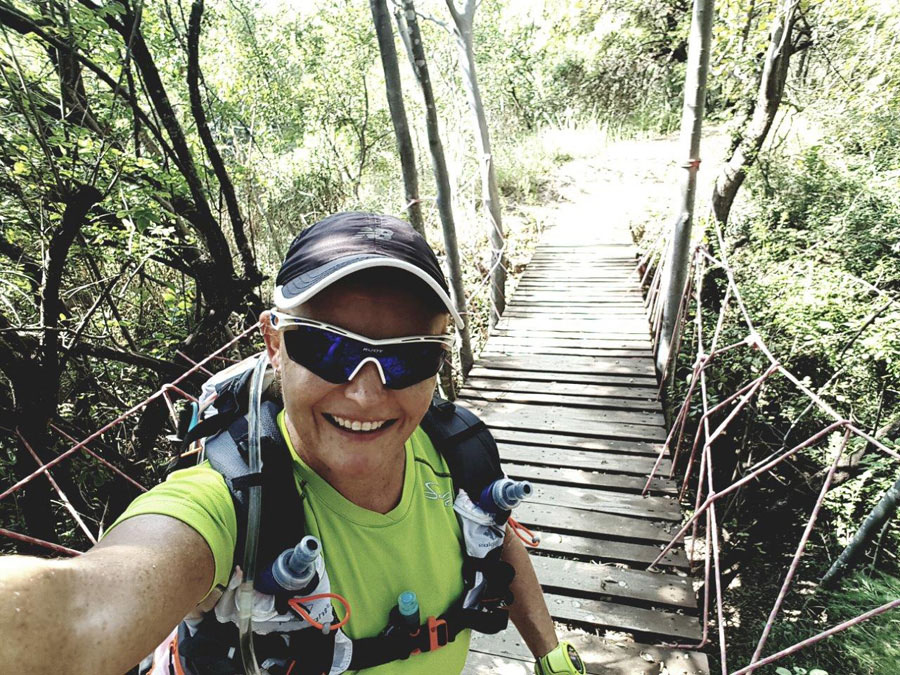 Nicky Booyens: I was fortunate to be one of the first people to ride the trails at the launch of Buffelsdrift Trail Park in 2014 and I absolutely loved it. There was a lot of trail variety and distances for everyone! There are some tough climbs (Ockies is always a toughie at the end), plus rocky descents and some awesome fast flowing singletrack. The Super Tube is my favourite! I loved the trails there so I spent a lot of time riding my bike there, both with friends and alone, as it is perfectly safe! 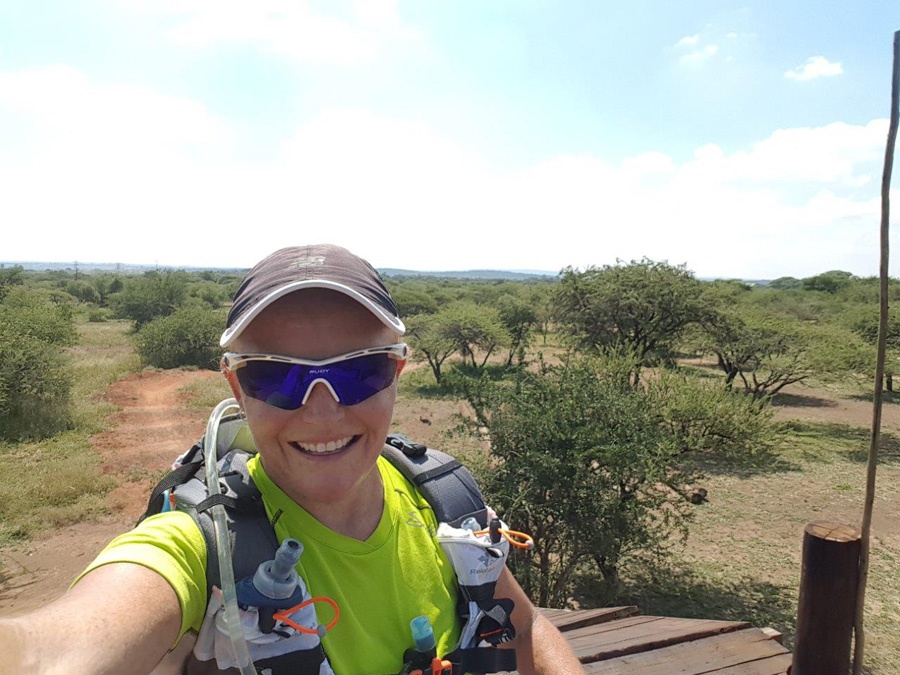 When I started to train for the Munga Trail, I needed somewhere safe to run on my own that gave me a good workout. Buffelsdrift immediately came to mind and I did some good training there for the Munga Trail 2017 and The Munga Trail 2018. In early 2018, Buffelsdrift Trail Park launched their trail running routes – a 5km, 7.5km, 10km, 15km, and 21km. This was awesome, as runners now have trail running routes to themselves away from the mountain bikers with only some of the trails sharing the same sections. 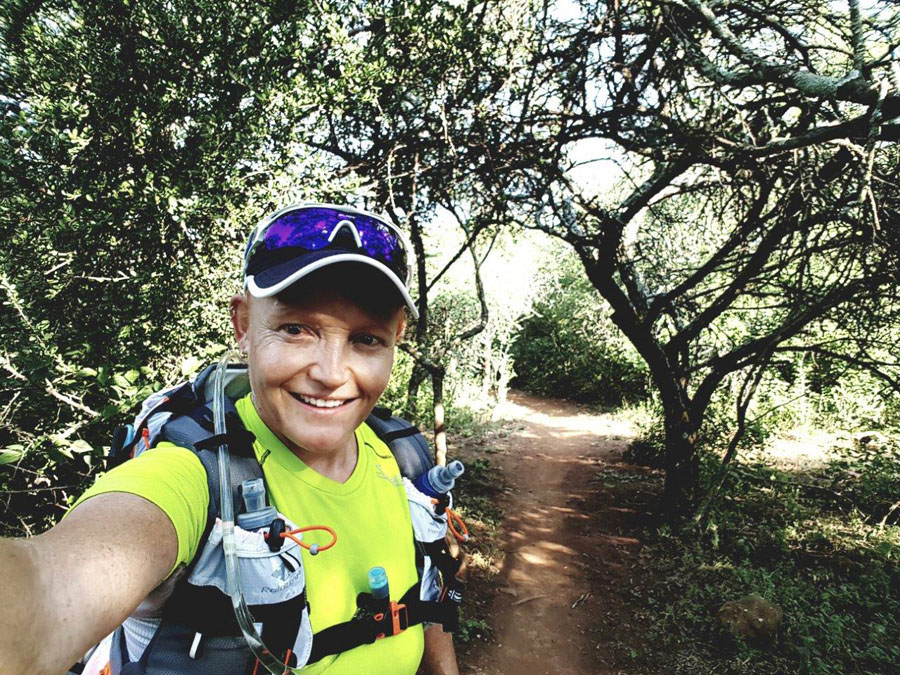 Buffelsdrift is one of my favourite places to train as it is so close to home (Pretoria), safe to run on your own, and has so much variety!  After training, I recommend you visit the fantastic Sefudi Coffee Shop at the venue for some coffee, drinks, and food!  It you haven’t been to Buffelsdrift Trail Park yet, go check it out. You won’t be disappointed! Nicky 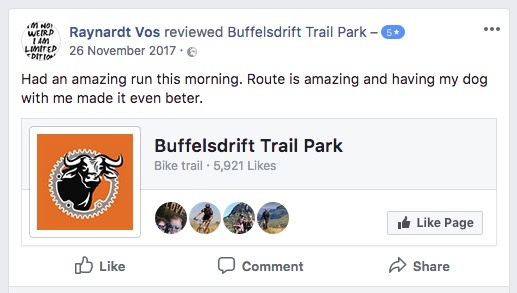