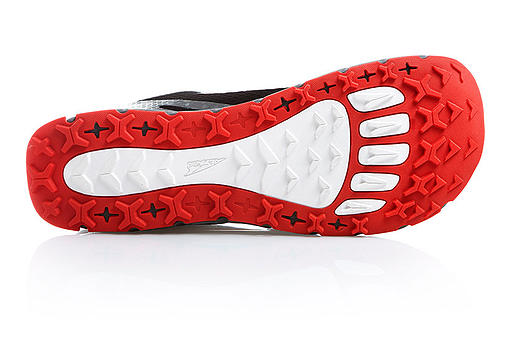 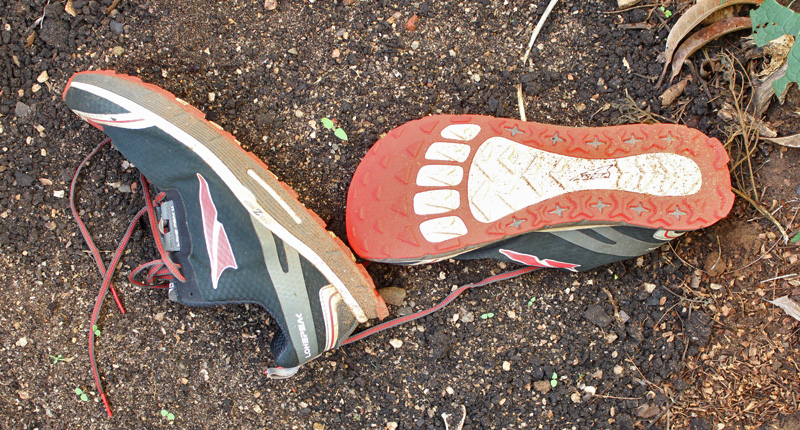 But once you put them on, that bulbous forefoot design makes perfect sense. ‘Why can’t all shoes be built like this?’ was a thought I often found myself asking. Tradition maybe?

Well, the times they are a changin’. Compared to the snug road and track shoes that were the norm in the Eighties, I am pleased that some brands have moved to wider lasts and uppers that allow feet more room to flex and just be themselves.

In trail running, most runners do want some extra toe room, and the wider toebox allows that.

As I discovered during this test over three months, the Lone Peak 2.0 delivers on both foot and run comfort, by avoiding the usual pressure that occurs on the front and bottom of the foot.

Appearance aside, the feature that distinguishes the Lone Peak 2.0 from 99% of other trail shoes are that it’s a zero-drop shoe. This means that the thickness of the sole at the back is the same as in the front. Most running shoes on the market are higher in the heel by anything up to 20mm, which changes the position of your hips and tilts you slightly forward. These cushioned heel designs were developed by the established shoe manufacturers in an effort to reduce running injuries. Paradoxically, running injuries have increased over the years, leading researchers to wonder what might else might be causing running-related injury. And the jury mostly agrees that it is partially caused by poor running form, compensation by the body for weak muscles, and in some cases, excessive heel strike running.

Test it for yourself: stand barefoot on a solid surface and do small bounds into the air, on one or both feet. You will invariably not land on your heel. Although this is not the running pose, it does prove that the body automatically protects itself through landing on the forward half of the foot. The intricate bone structure there acts as an extremely complex shock absorber.

All Altra models employ the zero-drop design to encourage the activation of this in-born shock absorption system. Essentially, it puts you in the same horizontal level as being barefoot, but with varying levels of cushioning under your soles, depending on model.

The Lone Peak 2.0 is the middle shoe in the cushioning scale of the current trail range, with a 26mm stack height and 309g mass. For the least thick shoe, consider the Superior 2.0. And for the maximalist experience, which is gaining a notable following worldwide, the 340g and 36mm stack height Olympus 1.5 is your shoe.

I’ve run in dozens of shoes over 30+ years, and the top thing I’ve learned is that a shoe reveals its personality over many miles. Often, your opinion of them on day 100 is very different from the day you first slip them on.

It’s taken three months to get to know the Lone Peak 2.0, covering more than 250km of running on vastly different terrain to make up my mind about it. Here are some of the standouts:

Into battle: Race one

I chose the 12km Umhlanga Winter Festival race in July 2015, which had a variety of terrain, including road, dusty sugarcane fields, river crossings, and 3km of beach sand running at the end. Near the end, the course deposited us into a freezing river wade (to chest height), which gave me an idea of how paddle-like they are in water, as well as relatively poor water drainage once I got out.

But apart from making them heavy and often not draining out fast enough, the water did other things to them. There had been an earlier river crossing that day, and while running fast downhills, the sock liner on both shoes started sliding, then doubling up, and bunching under my forefoot. It was like the liner was not rigid enough. I wasn’t too fazed.

I’d had the same problem with another brand during the Otter African Trail Run a few years ago. The best solution is to stop and remove them, but in this case, I was 4km from home and opted to grin and bear it. Solutions could be to stick thin velcro under the sockliner, but personally I would not. I’d just remove the liner if a race was going to be wet and steep, and return them after drying the shoe.

After more training in them, at both steady pace, and Tabata-based sprints, I took on the 15km Table Mountain Run outside Pietermaritzburg. This was an entirely different beast. Slippery rock, stones hidden under winter grass, and narrow footings got the better of the wide Lone Peaks. I tripped four times, after misjudging the height of stones. The real culprit here was the extra length of the over-size shoes, rather than the shoe’s width. I should have gone for a size smaller, but being a test pair freighted to me, I hadn’t had the luxury of fit-testing them in a retail store. Lesson learned. On the descent, I practically slid down a one-metre rock. I felt that the grip on wet rock is inferior to other shoes I’ve run in.

In future races, I’d run in the Lone Peak 2.0 in dry, hard-packed, sandy conditions, but would be wary of terrain featuring any expanses of wet rock. A few metres after this, the terrain turned to district road. Extremely steep and stony, it caused the runner who’d overtaken me on the boulder section above to slow his pace. Running far more cushioned than him, and with a penchant for tackling downhills, it was my turn to make him seem like he was looking for parking.

They’ll be one of my top choices for long runs on ground that is not overly technical for their foot protection on stony ground, foot comfort, and their plushness on steep descents. Ideal for runners who run on tar to get to trails, or who want one shoe to do all their running.

As soon as the singletrack gets narrow, the stones closely packed, and the rocks slippery, I would look for another shoe with a narrower profile, and stickier grip. Manoeuvrability and grip were not the Lone Peak 2.0’s strong points during my tests. Altra manufacture models for every niche, and the lower profile Altra Superior 2.0 may will probably be more suitable in technical terrain.

They’re extremely light, considering the substantial 26mm cushioning they provide, and their beefy upper. Keeping in mind that I had got a shoe one size bigger than normal, and after a few runs decided that my regular shoe size would have been better.

If you’re looking for a single shoe to run on road and off, the Lone Peak 2.0 should be on your shortlist, even if you currently feel a zero drop shoe isn’t your thing. It might just be the breath of fresh air you need to challenge your running and take you to a new level of awareness. The Lone Peaks were nothing short of superb to run in on tar road.

Although they were plush and forgiving, I’d expect that not everyone will be a fan. I thought they had a slightly sluggish feel. A shoe that offers both cushioning and a feel for the ground is a rare beast. The one size-too-large issue I had might have contributed to this.

Use it for your training, and switch them to racing mode if you’re doing an ultra (as a single shoe all the way, or a replacement) or events run on hard rocky terrain, preferably not in the wet.

Andrew Hagen – SA Champs was the first run I did in my new Lone Peaks, and they performed superbly for a full 88km of running despite not having broken them in! The thing that impressed me most was the midsole – it really soaks up sharp stone impacts without tipping your ankles, and with the internal rock plate, nothing poked through, so I was able to cruise the long and stony downhills in relative luxury. It goes without saying that my toes were pretty happy all day, and I would be very happy to wear these shoes for a lot longer than 88km. Joint pains simply did not occur at all – so zero drop is the way to go in my opinion!

Julian Atkinson – The Lone Peak 2’s helped me to a fourth place on the Jonkers Challenge. Spending four hours in a pair of shoes is a great test and the Lone Peaks lived up to their legend. My toes stayed pain-free, something that can be a race destroyer, and the cushioning allowed me to run the downhills hard even after my legs started giving in! All in all a good long distance shoe!

Bruce Campbell – The Lone Peaks came into their own in the mountains, they had so much grip in the slippery steep sections and made me so much more confident running down and up the steep terrain without worrying about slipping. They were so comfortable for the entire race, being on your feet for 10 hours I needed the comfort and at the end of the race I had no foot irritations whatsoever. The natural toe box allowed for free movement of my toes and allowed them to breathe, just adding to the comfort of the shoe. The stoneguard worked so well in that I didn’t get any small stones in my shoe the whole race.

Ronel Nattrass – The Altra Lone peak 2.0 is everything I am looking for in a trail shoe. Being the in-between brother to the flatter Superior and the fatter Olympus I find the cushioning is just enough to secure a smooth ride but not too much to feel bulky. The grip is fantastic for wet, muddy surfaces and of course the wide toe box frees up your toes to do their job properly and assist in grip and balance. I have yet to have one blue toenail after racing in my Lone Peaks where I came off previous races in other shoes with at least two blue nails. For me that in itself is a winner! If you can’t trust your shoes to keep your feet in tact, half your race is over before you have even started. Especially on stage races where your feet needs to be ready for a second and a third day’s racing. Altra is definitely the brand of choice for me. Happy feet, happy athlete! Thanks Altra.

Altra is distributed in South Africa by Branded Footwear Company. Visit their site for stockists. 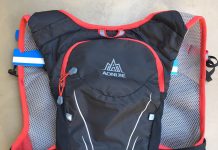 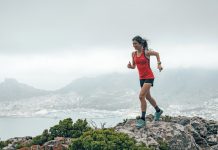 Choosing gear for #trailrunning is actually simple: buy the best quality you can afford, after selecting the right item for YOUR needs. Overview 32 useful products in #TRAIL35, then fit-test later. trailmag.co.za/autum… pic.twitter.com/vRLl…

Will you continue to run in the morning or take advantage of later trots? #TrailPoll #Level3 #Chooseday #LockdownLevel3 #COVID19SouthAfrica #Covid19SA #running #training

The comeback after lockdown