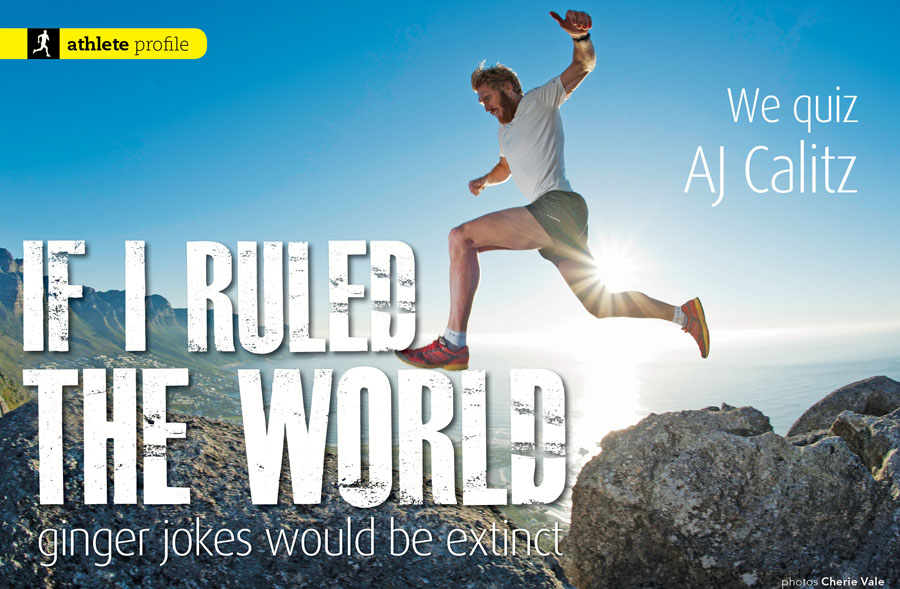 There is not enough space on Google’s hard drives for all my nicknames… I am ginger, so I have millions, but lately, Ginger Ninja is the most popular.

Seriously now, if not trail running, what would you do to stay sane?

Definitely surfing. It’s a great full body work out and you don’t realise you get tired! Also great to do it with my mates or wife as I train alone most of the time – so it’s nice to have some company!

You’ve had a remarkable year of breaking records, winning races and most recently, lifting the title of the first Red Bull Lion Heart. Personal highlight?

Puffer was great as I was up against two legends of the race, both of whom are great friends. Otter was incredible because of all the media and hype around it (and because the locals kicked international backside!). Red Bull Lion Heart was something else – racing against a hero of mine (Ryan) was in itself a huge privilege, but also as the field was so strong and all the fast guys were pitted in direct heats. It was super special as my wife and family were there.

How do you remember the final hours of Lion Heart?

The Prologue was terrifying, as I was one of the first runners to go. I had no idea of how fast to go or what the other guys were doing. It’s impossible to run your own race as everyone is checking each other out… but afterwards I was happy with my time and settled down somewhat. I had a really difficult trip to the final and think I ran against Mike Bailey (who came second) in every heat… Also Greg Goodall, who is a monster on climbs. But psychologically, beating these guys did wonders. I think these kinds of races are all about belief in yourself. In the semifinal, my time was quite a lot faster than Bernard and Ryan’s, so I knew I had it in me. But Ryan is one of the greatest runners of our time and you can never write him off. I took a pretty bad fall and had to tape up my shin, but you can’t let stuff like that get to you – those are just excuses. 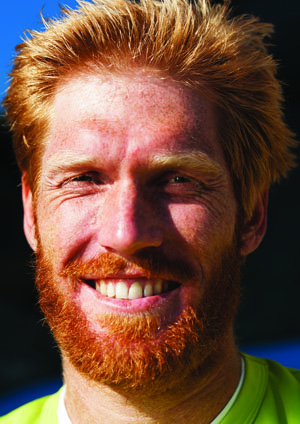 What do you do to go faster at your next race?

Route-specific training. On the course is preferable, but if not, something similar. For Otter, I did a lot of running around the Kirstenbosch contour paths because it is the most similar. For PUFfeR, long hard intervals on tar/gravel and for Lion Heart I did Lion’s Head (many times).

The Alps for their sheer beauty and magnitude, the Colorado Rockies around Boulder, the Himalayas, the North or South Pole – just to see what it’s like. The Drakensberg – I have never gone.

[In 2016 AJ Calitz went to the Drakensberg and won the Giant’s Cup Uncut trail race.]

Five races anywhere on the planet, next year, if time and money aren’t an issue?

And what about including the effects on your body?! Hard Rock 100, Ultra Trail Mont Blanc, Skyrun, Western States, Arctic Marathon.

Is there really a trail run that scares you?

Anywhere I do hill training! One in particular: the Birkenhead next to Melkbos. It’s nothing serious or dangerous, but it’s steep and relentless. I have run that hill so many times and hurt so much that the sessions there actually scare me.

It’s an 11! I love eating and cooking. But Noel Erntszen told me earlier this year I was fat… so I am watching what I eat nowadays.

What foods fuel you?

Fruit, muesli, yoghurt, chicken, ostrich, crushed wholewheat bread. My wife does not eat red meat, so we eat a lot of chicken and salad. I love pizza and pasta so those are my treats. I don’t like chocolate and try to stay away from too many sweets, cakes and oily stuff. I don’t think you should deny yourself something completely, but be wise with it (I would not eat a box of doughnuts a week before the Otter). I am a bigger guy so I need to watch my weight more than others.

Haha, I fall daily! If you don’t, you are not pushing hard enough. During the Hout Bay Trail Challenge I fell three times. Will Robinson kept looking back at me with an expression that said: “What is this clown doing? Can’t he stay upright?” No injuries though.

What about K-Way appeals to you as a sponsor?

The Get Out There principle, there is so much to see and explore. Get up, suit up (get the right gear) and go see for yourself. Nature is a gift from God we take for granted everyday. Don’t miss out on it.

When I race Kilian, I will…

be a lot taller and heavier than him! He is tiny apparently… Seriously though, I will be super fit and focused. It is also a dream of mine and I will seize the opportunity if it presents itself.

If I could run this trail every day, it would be…

If AJ Calitz ruled the world…

No one would make ginger jokes!

Read the full interview in TRAIL 5, available as a back issue here.

Keep up with AJ on social media: 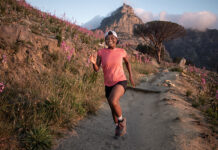 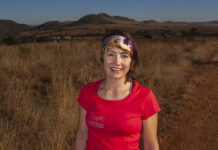 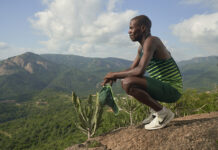 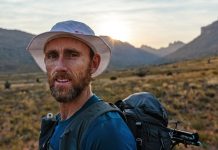