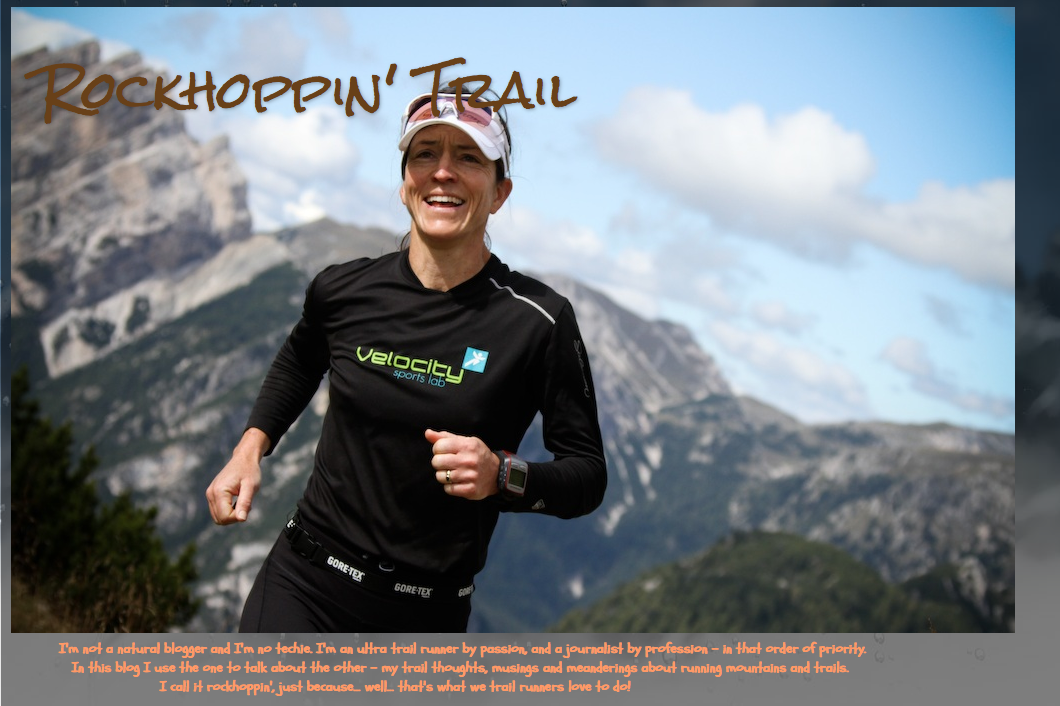 Long standing and frequently updated (5-24 times per month) blog about Lisa’s adventure racing, orienteering, and trail experiences and opinions. There is some crochet, and homemade gaiters thrown in.

“A few weeks ago at Woodlands I came flying through to the finish and just ahead of me was a woman who was walking… and walking slowly too. The marshals asked her whether she’d completed both loops. And she said “Yes!” Liar-liar pants on fire! The sad truth is that when people see an opportunity to cheat, many will. Where’s that sense of achievement? If they can’t manage five-kilometres now, they will in a few weeks. How proud will they feel when they earn that full-course time?”

Trail running from a race director’s perspective. The happy honesty makes up for the typos!

Extract A first and fortunate win

“In 2013 I only just managed to finish the 65km when nausea struck with 25km to go. In 2014 was determined for things to be different. I trained harder, putting in several long runs on difficult terrain in the lead up to the race. Then a fellow trail runner, also taking on MUTTER, wrote on Facebook tipped me as a possible winner. I smiled, got a bit excited again, and then brought myself back to earth.”

Trail routes with grading and original photos. Great way to get to know your trail options in the Cape.

“This short trail run turned out to be one of our most eventful runs of the holidays. We soon reached Onder Keiskie and when we saw the sign on the gate we regretted not contacting the farmer beforehand. We jumped over the gate anyway and pushed up the pace a bit (in case the farmer was waiting for us on his porch with a shotgun). After running for a few 100 metres Christiaan stumbled and illegally bought a piece of land in Onder Keiskie with a spectacular dive and roll. I took a photo before helping him up…”

Extract In the Footseps of the Great Farini

“Apparently there is a Lost City somewhere amidst the shifting dunes and outcrops of the transcendental Kgalagadi landscape. This is if you believe the writings of explorer William Hunt, who also went by the name of The Great Farini. I cannot put into words the feeling walking these dunelands accompanied by Khomani San guides, while immersed in a place lost in the mists of time. I might not have found the Lost City, but I discovered the heart and soul of this timeless part of the great Kalahari Desert.”

Leave the Couch with Fareed Behardien

Extract The No Sweat Antiperspirant Shootout

“It’s the heart of summer here in Cape Town and the deeper we get into January, the hotter the days become. Usually this means lots of vest days (sun’s out, guns out), but for many it means unsightly sweat stains or the accusations that you tried to suffocate your co-workers in the elevator. The threat is real.

So my mission this year was to find the best antiperspirant available over the counter, in an attempt to free us from this scourge. <Cue the epic music>”

Racing experiences and a few athlete profiles with trail legend, Linda Doke. Simple blog style: a series of posts about personal experience, but with better writing!

“This event is special. I’ve run remote, I’ve run bleak, harsh, volcanic, sub-tropical and tundra, but I’ve never run so far in uninterrupted indigenous forest. And running alone in dark forest made the experience all the more magical. There were sections of lush forest where I felt like I could’ve been on the set of Avatar for the magnificence of the towering trees, the cascading vines and the towering tree ferns – all it lacked was lithe-bodied naked blue people and floating rocks.”

Classic blog with race, injury, and nutrition experiences along with a dose of shoe reviews. Not updated as often as it used to be.

Extract Running to your own beat

“When I started running I found it excruciatingly boring, so I started using my phone to listen to music. On too many runs I would forget my headphones, or delete all the old songs and forget to add new ones, then be stuck with one song on repeat for 45 minutes. It was after one of those marathon sessions of ‘All the Small Things’ by Blink 182 that I finally decided to permanently leave the headphones at home and just try to enjoy my own thoughts for a while.”

Weekend warrior blogs about his races and routes with good humour and a clean, friendly layout. Very relatable to the average mountain goat.

“The pressure was on to qualify for the Two Oceans Marathon, this was my last chance to do a qualifier in Gauteng. To be honest I didn’t really plan my Two Oceans build up very well. After the race I figured out more Vaseline on my nipples next time, more suntan lotion next time and more training for next time. My phone just lasted to the end of the race, so I have the route but no victory pose photo.”

“Since starting to run again, I can kick myself for not getting into running while I was still young. As a scared little boy I was often sent to the shop, at the craziest of times (mostly) barefoot, across jeep and singletrack! Well, back in the day, it wasn’t called trail running, it was called ‘Hurry up and get back before it’s too dark!’ I’m grateful for those moments: it’s helped me to be at ease on a run, on my own.”

A great variety of content from four bloggers, from interviews with trail celebs, to training advice, to what to do with all your old race shirts. More polished than a standard blog, but still personal.

Extract Hand It Out Before Hoarders Catch You! (Willan van Zyl)

“If a non-running member of society were to open the part of my closet designated for running gear, they’d surely think it’s a scene from an episode of Hoarders. Inside, your eyes will meet nine pairs of trail shoes (in various stages of their “lives”), some 35 running shirts and baselayers, five Buffs, five peak caps, a few compression garments, and only four running shorts! Now, surely that’s not really necessary? I’m sure it’s not, but see, I can explain some of them.”

“There are some great blogs out there,” says William Robinson, SA team member at the 2011 Trail World Champs. “One of my favourite trail blogs is Nick Clarke’s Rocky Mountain Dirt Running. He’s a middle-aged guy with a busy job and two young kids who manages to fit in up to 500 miles of running a month, mostly in the Colorado mountains. Nick Clarke is one of the better 100 milers around, but he still enjoys winding it up at 5km parkruns and he regularly does big sets of intervals in his Tuesday track sessions. When I grow up I want to run like Nick.” 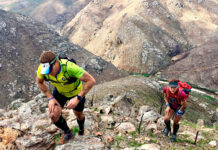